Joshua 7:5
And the men of Ai smote of them about thirty and six men: for they chased them from before the gate even unto Shebarim, and smote them in the going down: wherefore the hearts of the people melted, and became as water.

The first attempt by Israel to take Ai involved two to three thousand men and resulted not only in their defeat but the loss of thirty-six lives. That's approximately 1-2% and would probably be considered an acceptable loss in most operations of combat.

All because one man chose disobedience, selfishness and covetousness.

Some would accuse Achan's punishment of being harsh. Why death? Why his family? Why his goods with him? Because this one man's actions, and his family's decision to help him in the act, stole all these and more:

Please consider helping our church’s teen department by signing up for cash back shopping at http://www.dubli.com/T0US1C6RE?mID=6311. This program is free to you. Receive a free one month membership upgrade after signing up by pasting the promo code PP153-ZYUPWKSNM in your redeem voucher area.
Posted by Marvin McKenzie at 12:44 PM No comments:

Joshua 5:13-14
And it came to pass, when Joshua was by Jericho, that he lifted up his eyes and looked, and, behold, there stood a man over against him with his sword drawn in his hand: and Joshua went unto him, and said unto him, Art thou for us, or for our adversaries?
And he said, Nay; but as captain of the host of the LORD am I now come. And Joshua fell on his face to the earth, and did worship, and said unto him, What saith my lord unto his servant?
That this was in fact, the work of God and not the exercise of Israel against the Canaanites is obvious by at least three things that are recorded early on in this book:
Verse one says of the Canaanites that, because of the children of Israel, their hearts melted and they had no spirit in them.
There was no will in them to fight the Jews.
Verses two through eight says that the children of Israel circumcised every male among them not before, but after they entered into the Promised Land.
They would have been easy prey for the Canaanites had they had the spirit to attack them. This reminds me of the vicious dealings of Jacob’s children, the forefathers of these Jews, when they tricked the people of Shechem into circumcising and then killed them all while they were too incapacitated to fight. God exposed Israel to the same danger, but did not allow the Canaanites to exploit their opportunity.
Chapter six verses eight through nine says that, when Israel marched around the walls of Jericho, they announced their coming with priests blowing trumpets.
Not only did they expose themselves to the dangers of enemy soldiers on the wall and they did not attack, they let the enemy know they were there.

God was orchestrating the events between Israel and the Canaanites so that there was no real grudge the Jews had against the Canaanites, nor were the Canaanites particularly opposed to the Jews. Each side knew that this was the work of God in their midst.

Please consider helping our church’s teen department by signing up for cash back shopping at http://www.dubli.com/T0US1C6RE?mID=6311. This program is free to you. Receive a free one month membership upgrade after signing up by pasting the promo code PP153-ZYUPWKSNM in your redeem voucher area.
Posted by Marvin McKenzie at 9:59 AM No comments:

Email ThisBlogThis!Share to TwitterShare to FacebookShare to Pinterest
Labels: Joshua

James 2:8-11
If ye fulfil the royal law according to the scripture, Thou shalt love thy neighbour as thyself, ye do well:
But if ye have respect to persons, ye commit sin, and are convinced of the law as transgressors.
For whosoever shall keep the whole law, and yet offend in one point, he is guilty of all.
For he that said, Do not commit adultery, said also, Do not kill. Now if thou commit no adultery, yet if thou kill, thou art become a transgressor of the law.

This "lesser commandment" though not found among the ten, is part of those laws of the Old Testament[1] and was especially singled out by Christ as second only to "Thou shalt love the Lord thy God with all thine…"[2]

Two things come to mind:
If a man is trying to earn his righteousness through keeping the law and just one time prefers one man above another he has committed a sin as heinous as adultery or murder.

God offers a better righteousness through faith in Christ. His righteousness liberates us to then practice good works for the sake of the work and not as a futile effort to please God in the flesh.

Please consider helping our church’s teen department by signing up for cash back shopping at http://www.dubli.com/T0US1C6RE?mID=6311. This program is free to you. Receive a free one month membership upgrade after signing up by pasting the promo code PP153-ZYUPWKSNM in your redeem voucher area.


[1] Leviticus 19:18 Thou shalt not avenge, nor bear any grudge against the children of thy people, but thou shalt love thy neighbour as thyself: I am the LORD.
[2] Matthew 22:37
Posted by Marvin McKenzie at 12:44 PM No comments:

Email ThisBlogThis!Share to TwitterShare to FacebookShare to Pinterest
Labels: James

James 1:26
If any man among you seem to be religious, and bridleth not his tongue, but deceiveth his own heart, this man's religion is vain.

There is a difference between our salvation and our religion.

Salvation is the securement of our soul into a heavenly position
It is the result of the reconciliation of our sins with a holy God through faith in the sufficient work of Christ on the Cross.

Religion is the resulting practice of our faith
It is the useful exercise of our spiritual position for the sake of others.
James here makes it perfectly clear that our religion can be vain:

His application here has to do with the tongue.[1] When we do not bridle our tongues and bring it into submission so that our speech is “alway with grace, seasoned with salt” we do harm to some, we fail to encourage and help others and we make the practice of our faith (though not our salvation) useless.


[1] I do not think it to be the only way we might make our religion vain, but it is certainly a common way.
Posted by Marvin McKenzie at 12:20 PM No comments:

Email ThisBlogThis!Share to TwitterShare to FacebookShare to Pinterest
Labels: James

Hebrews 13:14 The Problem with Affluence

Hebrews 13:14
For here have we no continuing city, but we seek one to come.

The Christian is to put little stock in the things of this world as they are all
Our treasures are heavenly, not earthly.

One of the great problems we have experienced in modern Christianity is the problem of affluence. We do so well that, though we may say and even hope that our hearts are set on heaven, we struggle with the whole concept of letting go of the things comfortable living have afforded us. We even justify the having of these things as a sign of God’s blessing upon us.

This passage zeroes in on just one of those earthly things that we, especially in America, have come to hold on to and believe is a blessing of God;
We have come to see our country as being:
and thus look at the promotion, protection and participation in our government as doing God’s work. The book of Hebrews reminds us that, in fact, even this country is not a “continuing city”. It will dissolve as will everything else in this world.

The response the passage seeks from us is that we put no trust or hope in it but that we come out from it to bear full and complete fellowship with Christ - His reproach.[1] It is only there that we may enjoy the view of that city which is to come.


[1] I do not mean by this that a Christian should have no part in his government or that he or she should not participate in the political process. I mean to say that he or she should be careful not to equate that political process as being Christian service. Neither should the Christian, whether serving in the political realm or not, place his or her hope in the results of politics. Our hope is in the sovereign will and plan of God.
Posted by Marvin McKenzie at 10:04 AM No comments: 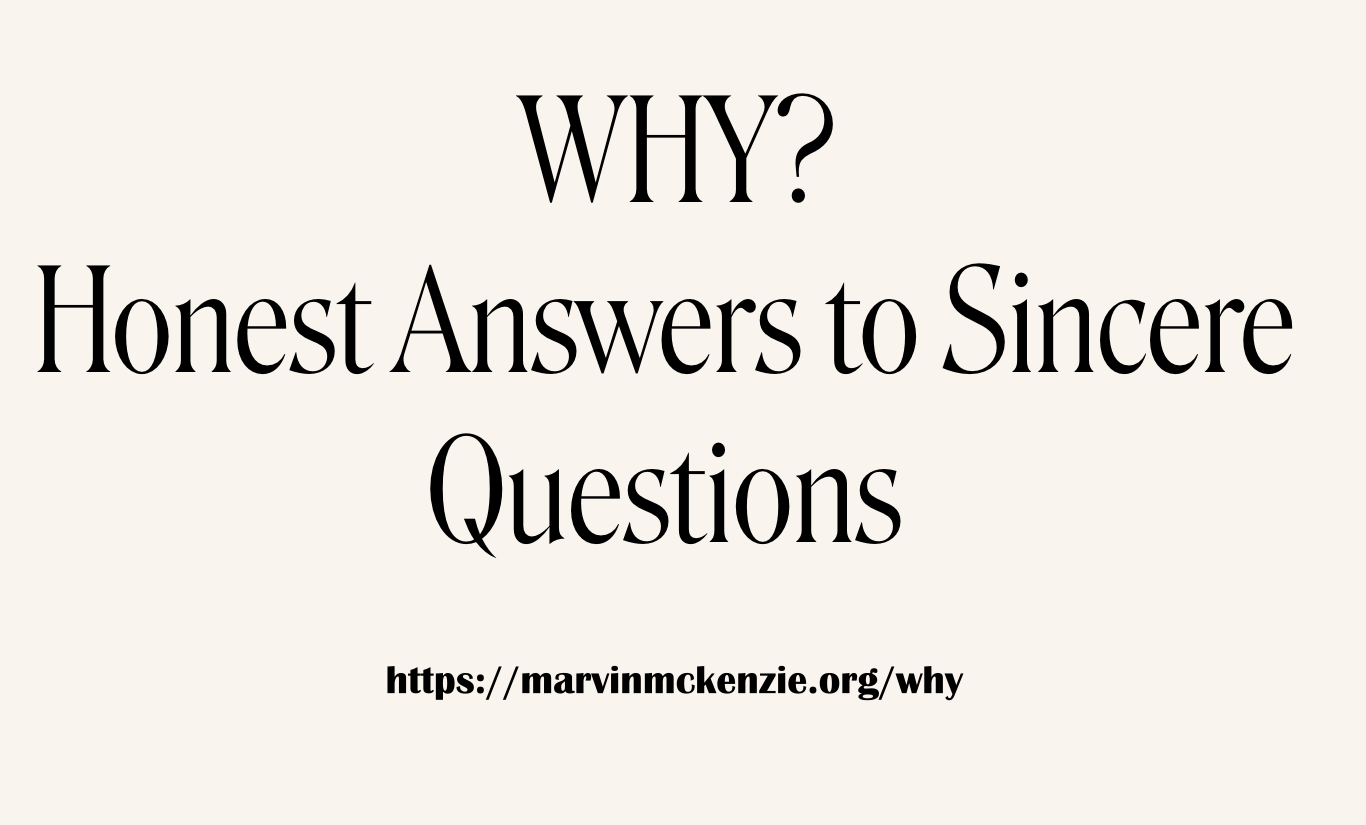